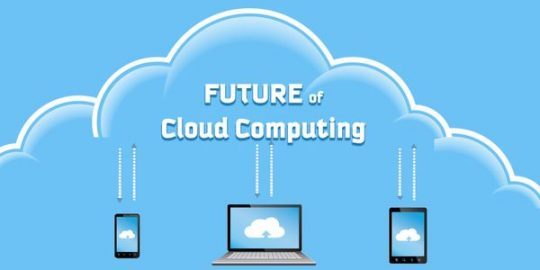 As Google will tell “Cloud computing is the practice of using a network of remote servers hosted on the Internet to store, manage, and process data, rather than a local server or a personal computer.” Cloud computing is everywhere now, and there are many who believe that our future is, indeed, in the cloud! With frontrunners like Amazon and Microsoft vying with each other to create innovations in cloud computing, the services of the Azure and AWS platforms are being leveraged to the fullest.

A technology that was invented by Joseph Carl Robnett in the 1960s when the internet was in its infancy, cloud computing was originally used as a platform to allow people to connect with each other from different locations, in real time. For a couple of decades the concept of cloud computing did not develop further—till recently when there was a whole new revolution in communications, and smartphones and tablets gained center stage. The whole world was hooked on to these devices, and the world suddenly had people using these devices in every sphere of their lives. Hand-held devices were used for talking, messaging, using multiple apps, playing music, watching movies, taking and exchanging pictures, videos and playing interactive games online, even for transferring money and doing internet searches.

Enter the power of the cloud as an invaluable and matchless storage solution! Amazon, Google and Microsoft realized the immense potential for storage of data in cloud-based servers. They started selling online storage space, and computer users everywhere woke up to the possibility of buying safe, reliable cloud computing services instead of investing in local storage devices. By paying a subscription fee that was extremely cost effective, they could get as much storage as they needed. There were no limitations to the amount of cloud storage available, and this put a stop to the need to buy memory cards or hard drives!

Large corporations also found immense benefits in opting for cloud computing, instantly doing away with the huge amounts they were earlier spending on maintaining large computer departments to handle their computing needs. No longer did they need to pay for the upkeep and maintenance of local servers, and no longer did they have to face the hassle of operations coming to a standstill whenever there was a system error. Cloud computing made complete sense from both technical and financial aspects for all these giant corporate. Pretty soon, smaller companies and even tiny businesses realized the value in the cloud and followed suit, harnessing the power of the cloud for their daily operations.

Cloud technology has the single biggest advantage of being operational 24/7, as Cloud service providers have multiple setups across the globe and these systems mirror each other’s operations. Users are always online and do not have to face the disadvantages of systems being down, as in such a case another system will take over at once. There is never any question of lack of space for data, either, making the cloud a safe and secure place to work in.

There is just no doubt about it….cloud computing is where the world is headed, and by adopting this new-age technology you will find that your growth and productivity increases multi-fold!

Please fill out this form and we will get in touch with you shortly.

Reach Out to Us

Looking for a Career?